In this article Robert Lindley and Wesley O’Brien of Conyers discuss wills and probates in the Cayman Islands. 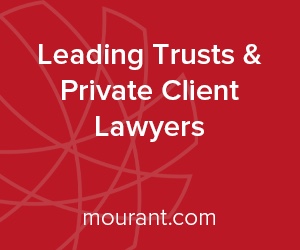 Where a person dies leaving any assets (including shares) in the Cayman Islands, it is not possible to deal with those assets without first obtaining a grant of representation from the Grand Court of the Cayman Islands. This rule applies irrespective of where the deceased died, where they resided during their lifetime, and whether or not they left a Will.

It is preferable for a deceased person to have left a Will, thus ensuring their assets pass in accordance with their wishes rather than a statutory formula. However, where a person has left instructions as to how their estate should be distributed, questions can arise as to whether such instrument, and the manner in which it was executed, satisfies the formalities required for it to constitute a valid Will. As a result, there are many instances where uncertainty, due to formal requirements not being observed, has impacted the administration of an estate, increasing costs and potentially meaning that assets pass other than as the testator (the person executing the Will) had intended.

The Cayman Islands has now taken a more flexible approach to recognising the validity of Wills for persons domiciled or habitually resident outside the jurisdiction. The Formal Validity of Wills (Persons Dying Abroad) Law, 2018(the Law) came into force in early 2019. The Law replaced the common law rule which required that a Will disposing of movable property such as shares, must be executed according to the Law of the country in which the testator was domiciled at death. In contrast, the law now provides that a Will is valid where it conforms with any of the following:

The Law makes it easier for foreign persons to make a Will with regard to their Cayman assets, and is a welcome reform in the Cayman Islands for foreign investors seeking to establish Cayman structures. Clients wishing to make a Will specifically in respect of their Cayman assets can now do so in accordance with Cayman laws, which broadly require that a Will be executed at the end of the document in the presence of two witnesses.

A grant of representation is required prior to dealing with a deceased person’s assets. This means that where a deceased person held shares in a Cayman incorporated company a grant of representation is required to deal with those shares. Thus, until such a grant is obtained, the shares may effectively be frozen as they cannot be transferred, their voting powers cannot be exercised, and dividends paid on the shares cannot be distributed.

A grant of representation is obtained by way of a paper application to the Civil Registry of the Grand Court of the Cayman Islands. As such, it is not necessary for the deceased’s personal representative (i.e. their executor) to travel to the Cayman Islands for a court hearing, or to execute documents.

A grant of representation can take two forms, being either:

For individuals whose Cayman assets form only a portion of their overall estate, the resealing of a foreign grant is likely to present the more logical option, being swifter, simpler and less expensive.

Eligibility for resealing of a foreign grant

For a foreign grant to be eligible for resealing in the Cayman Islands, the key requirement is that such grant must have “the same effect which under English law is given to probate and letters of administration respectively“.[1] Grants from the United States, United Kingdom, UK dependent and overseas territories and certain Commonwealth countries will typically satisfy this requirement.

With regards to other jurisdictions, the foreign grant must operate in a similar manner, empowering and requiring the grantee(s) (often referred to as the “executor”) to take possession of the deceased’s property and to apply such property in discharging liabilities, and then distributing the residue in accordance with the legal entitlements of beneficiaries (which may be set out in a Will or governed by the laws of intestacy where there is no Will).

Broadly, the application for resealing will consist of the following:

Court filing fees are relatively inexpensive (being under US$500 at the time of writing) and there is no death duty or inheritance taxes in the Cayman Islands.

Failure to put appropriate succession plans in place may result in unanticipated or undesired outcomes which will inevitably involve both delay and increased cost in dealing with the shares after death. This, in turn, may have significant and adverse consequences for the commercial life of a company which may, effectively, be put on hold. The adverse consequences will be exacerbated if the shareholder in question is also the company’s sole director and no reserve director has been nominated – a situation that occurs with surprising frequency – since in such circumstances the assistance of the Court will be required to break the management impasse.

Cayman Trusts – a solution in other cases

Where the owner of Cayman company shares is subject to forced heirship rules (for example, in accordance with Shariah law) and wishes to make provision for the shares’ devolution which differs from that of the jurisdiction of his domicile at death, a Cayman Will is likely to be an inappropriate succession planning tool. This is because, in respect of shares in a Cayman company (which are classified as movable rather than immovable property for succession purposes), Cayman law treats the law of the jurisdiction of domicile at death as the law governing succession to movable property. If the provisions of a Cayman Will contravene the law applicable to the testator’s domicile at death, they will not have effect.

Accordingly, a more robust structure is needed and a Cayman trust will, in many cases, meet that need since no transfer of property into a Cayman trust may be set aside by the Cayman Court on the ground that the transfer defeats heirship rights ‐ or rights conferred on a person by reason of a personal relationship, including marriage or former marriage ‐ under foreign law. It may also be the case that a timely lifetime transfer into trust may have beneficial estate or inheritance tax consequences which are jurisdiction specific and on which separate onshore advice needs to be taken. It is also possible for a settlor who transfers his Cayman company shares into a Cayman trust, to reserve certain powers relating to the administration of the trust, such as the power to amend or revoke the trust, the right to receive dividends and to direct the trustee to make certain investments of the company’s property, i.e. the trust’s assets. A Cayman trust has the advantage over a Will in that the settlor may retain some control and benefit from the Cayman company shares during his lifetime.

Furthermore, a Cayman trust provides longer term estate planning as the Cayman company shares may remain in trust long after the settlor’s death. Also, should the settlor become incapacitated and unable to deal with his business and affairs, the terms of the trust instrument may deal with such an event. A Cayman trust has the added advantage that any dealings with the Cayman company shares will not be paralysed upon the settlor’s death or incapacity, and there will be no issue of delay whilst an application for probate or other court procedures are pursued in respect of the settlor’s death or ill health.

In the vast majority of cases, one or other of the succession planning tools discussed above may be appropriate where shares in a Cayman company are held by an individual. The sensible time to address such questions is at the point of incorporation of the company, but failure to address them during the lifetime of the shareholder may risk frustrating the very aims sought to be achieved by incorporating in Cayman to begin with.