In doing so, the Court delivered a helpful summary of the factors that it will consider when determining an application by a trustee for the Court’s blessing of a momentous decision under section 48 of the Trusts Act (2021 Revision). The Court described the Trustee’s application as a “textbook example of how to proceed properly in respect of such matters” and while setting no new law, the judgment is a good reminder of the existing principles relevant to such applications.

The Fund’s sole asset was an outstanding loan of approximately US$80 million (Loan) made to a company incorporated in the British Virgin Islands (Borrower). The Borrower had gone into insolvent liquidation and its liquidators had confirmed to the Trustee that the Borrower had insufficient resources with which to repay the Loan.

The Borrower had used the Loan to invest in a company incorporated under the laws of the United Arab Emirates (Company) which had suffered substantial losses and was also insolvent. The liquidators had confirmed that there was little prospect of the Borrower recovering more than US$200,000 from its investment in the Company (from which the liquidator’s costs and expenses would also then need to be deducted before distribution was made to the Fund). As a result, the Trustee decided that it would be in the best interests of the Trust to accept a very substantial write-off in respect of the Fund’s sole asset and bring the Fund to an end.

The Trustee attempted to engage with the Fund’s sole investor (the Unitholder) with respect to this decision. However, after making unsuccessful attempts to redeem its investment, the Unitholder had refused to engage with the Trustee in respect of the Fund for almost three years. Given this lack of communication and the momentous nature of the decision, the Trustee had no real alternative but to apply for the Court’s blessing of its decision.

Section 48 of the Trusts Act (Section 48) provides, inter alia, that a trustee of a Cayman Islands law governed trust may apply to the Court for an opinion, advice or direction on any question concerning the management or administration of the trust. Where the Court “blesses” a trustee’s proposed decision pursuant to Section 48, the trustee acting upon that blessing is deemed to have discharged its duty as trustee in respect of the subject matter of the application.

This indemnity offered by Section 48 is, however, subject to an important proviso, namely that the trustee has not obtained the Court’s blessing on the basis of “fraud, willful concealment or misrepresentation”. In other words, the quid pro quo for the statutory protection provided by Section 48 is that, in making its application, the trustee has a duty of full and frank disclosure. If that duty of full and frank disclosure has not been discharged, the Court’s blessing will not be effective in absolving the trustee from personal liability.

In blessing the Trustee’s decision, Doyle J helpfully summarised the relevant authorities on the exercise of the Court’s discretion under Section 48 and confirmed that, when asked to sanction a momentous decision, the Court must ask itself the following questions: [2]

Particular focus was placed by Doyle J on the third question as it is the question which is concerned with the rationality of the trustee’s decision.

With reference both to previous authority and his Lordship’s own extra-judicial comments made in a lecture delivered to the International Trust Conference on 15 September 2015, [3] Doyle J emphasised that, in making its application, a trustee must comply with its duty of full and frank disclosure and therefore must not only ensure that all relevant law is before the Court but must also set a clear evidential basis for the proposed course of action in order to satisfy the Court as to the rationality of its proposed approach. In this regard, Doyle J noted that “[t]he court is not a rubber stamp and must be cautious to ensure that it is satisfied that the trustee is indeed justified in proceeding in accordance with its decision”. The critical question for the Court is whether the decision is one which a reasonable body of trustees properly instructed could properly have arrived at.

However, whilst the Court will require a proper evidentiary basis upon which to invoke its supervisory jurisdiction, Doyle J was keen to note that the Court’s approach is not to create insurmountable hurdles for trustees in difficult positions to overcome. Indeed, Doyle J approved the dicta of Kawaley J in In the Matter of A Trust [2019 (1) CILR 130] that the opponent of a trustee’s proposal “assumed a heavy burden in seeking to persuade the court that the final distribution proposal was in whole or in part an irrational one”.

In assessing the Trustee’s proposed decision against the questions identified by Smellie CJ in AA v BB, Doyle J granted the relief sought since he was satisfied that (a) the Trustee had the power to do what it proposed; (b) the Trustee had acted in good faith and genuinely formed the view that its proposal was in the best interests of the Fund; (c) the rationality test was plainly met – a reasonable trustee could have properly arrived at the same proposal; and (d) there was no conflict of interest, notwithstanding the fact that the limited recovery from the Borrower would be used in part-payment of the Trustee’s fees and expenses and not for distribution to the Unitholder.

It is common for trustees to find themselves in invidious circumstances in which they are forced to make a difficult decision which is momentous in the context of the trust that they administer, and where any form of action or inaction will disappoint a key stakeholder and could expose the trustee to personal liability notwithstanding the sense or benefit of the proposed course of action.

This judgment is a reminder that the Grand Court of the Cayman Islands will support trustees, including foreign trustees, who are faced with such difficulties in the administration of Cayman Islands law governed trusts so long as their proposed course of action is supported evidentially and shown to be rational. Moreover, the judgment serves as a reminder to beneficiaries that a failure to engage properly with a trustee may well mean that decisions will be taken by a trustee without their involvement, including decisions that affect their economic interests. 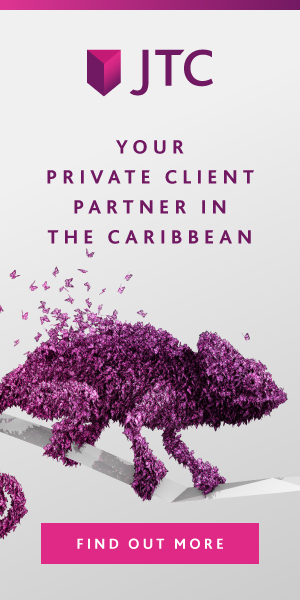