In this article Robert Lindley of Conyers discusses Cayman’s firewall provisions in relation to foreign divorces with a Cayman connection.

Matrimonial disputes can be a trying and traumatic state of affairs for all involved, including trustees. Where a family trust is involved, the more contentious of marital disputes can quickly draw trustees into the ring for a bout over rights to information regarding, or even to assets held in, the trust. If foreign matrimonial proceedings seek to encroach on the administration of a Cayman Islands trust, the trustee is protected in many respects by what are known as the “firewall provisions” of the Trusts Law (2020 Revision) (“Trusts Law”). Judgments delivered by the Grand Court of the Cayman Islands in 2016 & 2019 and recent legislative reform have affirmed the operation and robustness of the firewall provisions and reinforced the need for a trustee of a Cayman trust under attack in foreign matrimonial proceedings to ensure that its response is, at all times, in the best interests of the trust.

Extension of the firewall provisions

Cayman’s firewall legislation in Sections 90-93 of the Trusts Law confirms that a Cayman trust can only be varied in accordance with Cayman law and only by a Cayman court, and any foreign order would not be enforceable against the trustee, the beneficiaries of the trust or the trust fund. Prior to its recent reform, the Trusts Law’s firewall legislation protected Cayman trusts from being attacked because a foreign law conferred a party with an interest in the trust’s assets by virtue of their personal relationship with the settlor.

Because the provision only made reference to a personal relationship with the settlor, questions arose as to the protection afforded to the settlor’s descendants once the settlor was no longer living. In order to avoid any technical difficulties in this regard, the relevant provision (being sub-section 91(b)) was amended in 2019 by extending the reference to a “personal relationship to the settlor” to include a personal relationship to any beneficiary including a discretionary beneficiary. The legislative amendment has enhanced the protection offered by the firewall so that it is clearly available to all beneficiaries in countering any potential claims against a trust’s assets such as financial awards in foreign divorce proceedings.

The cases discussed in this article are helpful affirmations of the approach previously taken by the Cayman Court in RBS Coutts (Cayman) Ltd v. W and Others1 (known as “Re B Trust”), which confirms that an order of the English High Court is unenforceable in Cayman, whether or not the trustee submits to the jurisdiction because of the terms of the firewall legislation. In that case, the Cayman Court held that a trustee must “jealously guard” its independence and noted that it would be unwise and inappropriate for a trustee to allow itself to be placed in a situation where its trust obligations come into conflict with an obligation to obey an order of a foreign court.

In the Matter of the A Trust2

This 2016 case concerned a Cayman STAR Trust (the “Trust”) which was the subject of proceedings in Cayman commenced by the trustee. In establishing the Trust, its settlor had executed various Letters of Wishes, which set out his very detailed views about who should and should not benefit from the Trust ,how the assets should be applied and grow from generation to generation, and to also provide support for specified charitable objects.

N. However, recognising that it was an important step for a professional trustee to refuse to submit to the jurisdiction of a foreign court, the trustee applied to the Cayman Court for Beddoe-type directions3. The trustee’s position was that any variation of the Trust’s terms or any challenge to N’s exclusion from the settlement should only be made in accordance with Cayman law by the Cayman Court and as such further disclosure was not necessary.

This 2019 case relates to a Cayman trustee’s application for Beddoe-type relief in respect of proceedings issued in Singapore by one of the beneficiaries of a Cayman trust (the “Trust”), seeking an order that the Trust be terminated (the “Singapore Proceedings”).

The Cayman Court affirmed that the basis for seeking Beddoe relief was in accordance with the firewall provisions5 whereby all questions arising in relation to a Cayman law trust are to be determined in accordance with Cayman law and without reference to the laws of any other jurisdiction. Further, it was held that:

Divorcing families and related cross-border disputes over asset-protection structures, including Cayman trusts, can place trustees in a challenging, and unenviable, position. However, given the robustness of Cayman’s Trusts Law, and the decisions of the Cayman Court, there is a clear set of rules as to how trustees should approach a foreign challenge to a Cayman trust. While these rules may not assist in tempering the trauma of matrimonial proceedings, they will, nonetheless, give the parties clarity to their rights and standing in relation to any such challenge, and be of great support to the trustee in its decision-making processes.

3 Pursuant to Section 48 of the Trusts Law which enables a trustee of a Cayman trust to apply to the Court at any time for “an opinion, advice or direction on any question respecting the management or administration of the trust money or the assets of any testator or intestate…”. Provided that the trustee acts on the opinion, advice or direction given by the Court, he or she will be deemed to have discharged his or her duty as trustee in respect of the subject matter of the application.

5 Specifically, section 90 of the Trusts Law

This article is not intended to be a substitute for legal advice or a legal opinion. It deals in broad terms only and is intended to merely provide a brief overview and give general information. 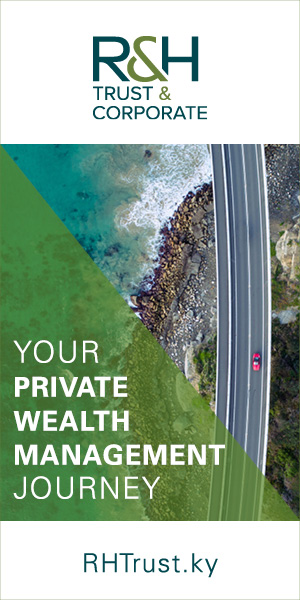