As STEP Members will be aware, it is not uncommon for trust practitioners to face  significant challenges when administrating trusts and estates. Changing circumstances and family dynamics can even involve practitioners in foreign and cross-jurisdictional disputes, which can result in trustees being caught up in a clash of laws and processes and potentially facing conflicting orders and obligations.

In a number of recent cases in which Ogier successfully acted, the Cayman courts have provided essential guidance to assist trust practitioners to navigate these difficulties and have demonstrated a willingness to assist trustees and beneficiaries when circumstances require it in order to ensure the proper, and cost-effective administration of trusts and estates.

Here we discuss the very specific regime for the reformation of STAR trusts which are a creature of Cayman statute and are increasingly being used as effective dynastic family trusts for multiple generations, for holding operating companies, and as special purpose vehicles in a commercial context. We also consider recent Cayman cases on the removal of personal representatives and the application of the principles of the Cayman firewall, forum and enforcement which are issues often deployed in cross-jurisdictional disputes to insulate a Cayman trust from attack by foreign courts.

CIBC Bank and Trust Company (Cayman) Limitedv T & S1 (CIBC v T & S) is the first decision of the Grand Court of the Cayman Islands dealing with the reformation of trusts established under the Special Trusts (Alternative) Regime (STAR).

A significant way in which STAR trusts differ from ordinary trusts is the disapplication of the usual statutory regime for variation of a Cayman trust. Instead, in the context of STAR trusts, the relevant power to effect changes is contained in section 104 of the Trusts Act (Section 104).

Where the execution of a STAR Trust in accordance with its terms becomes over time ‘impossible or impractical, unlawful or contrary to public policy or obsolete, in that by reason of changed circumstances, it fails to achieve the general intent of the special trust,’ the trustee must, unless the trust is reformed pursuant to its own terms, apply to the Cayman court to reform the trust cy-près (the term cy-près is from Norman French, and is conventionally understood, in the context of the reform of gifts for charitable purposes, to mean that the purposes of trust must be followed “as near as possible to” the original intention of the settlor).

In CIBC v T & S the trustee of a STAR applied to the Court to reform the trusts cy-près, on the basis that execution of the trusts had become obsolete as a result of the primary beneficiary’s decision to relocate to a different tax jurisdiction. The Court accepted that, in the circumstances of the case, the original intention of the trust could not be achieved without reform.  In reaching its decision to exercise the power of reformation, the Court gave valuable guidance for the first time on the application of the cy-près doctrine to the STAR Trust Regime. The court found that the term cy-près must have been intended to bear a similar meaning in the context of the reform of STAR Trusts as it does in the context of gifts for charitable purposes.

In reaching its decision to exercise the power of reformation, the Court gave valuable guidance for the first time on the application of the cy-près doctrine to the STAR Trust Regime. The court found that the term cy-près must have been intended to bear a similar meaning in the context of the reform of STAR Trusts as it does in the context of gifts for charitable purposes.

As families grow and become more globally mobile, and multi-national in character, it is imperative that trusts are able to adapt to accommodate new circumstances (including changes in tax liabilities), and are able to be used as a flexible tool by trustees in the interests of ensuring the original intentions of the trust are fulfilled. The decision of the Grand Court in CIBC v T & S  shows the willingness of the Court to assist in the reformation of STAR trusts by the application of the statutory relief in appropriate circumstances .

Practitioners who come into contact with offshore trusts, will be familiar with the concept of ‘Firewall’ legislation (the Firewall). Statutory Firewall provisions exist in offshore jurisdictions to shield and protect offshore trusts from attack from foreign laws and judgments.

The recent judgment in Geneva Trust Company v IDF and MF or Re Stingray Trust2 (Stingray) is the latest in a line of decisions of the Cayman Islands courts considering the meaning and scope of the Cayman Firewall provisions.

As the 2019 case of HSBC v Tan Poh Lee[3] confirmed, the Firewall provides broad protection and ensures that Cayman Islands law is the applicable law in the determination of any question concerning a Cayman trust. Failure by a foreign court to apply Cayman law will mean that any judgment or order concerning the trust will not be recognised or enforced as a matter of public policy in the Cayman Islands.

Subsequently, the Cayman Court in Stingray confirmed that the Firewall does not seek to interfere with the application of the common law principles of forum non conveniens. While it has been firmly established that Cayman law must be applied to any question arising concerning a Cayman trust, such as its validity and the rights and powers of trustees and beneficiaries, there is no requirement that such matters must be determined by a Cayman court. The Court confirmed that the Firewall provisions do not bestow exclusive jurisdiction on the Cayman court, and the Court retains its inherent discretion to take into account the usual practical considerations in deciding in which court an issue ought fairly to be decided.

Therefore, subject to the condition that Cayman law will be applied to all questions concerning a Cayman trust the Cayman Court retains discretion to determine the proper forum for the resolution of the particular dispute and will take a pragmatic and sensible approach to the question of forum by applying all relevant forum non conveniens factors, including the litigation history of the proceedings, the location of witnesses and evidence, and the language in which the proceedings will need to be conducted, to determine whether Cayman is in fact the most convenient forum to determine the dispute.

Useful guidance was also given on the application of forum for administration clauses in Cayman trusts. The phrase “forum for the administration of the trust” has been the subject of previous judicial consideration in the Cayman Islands and other jurisdictions. The phrase has been interpreted by the Grand Court of the Cayman Islands as conferring exclusive jurisdiction on the  Cayman Courts in respect of the administration of the trust.[4]  Consequently, where the Court has decided that a specific issue for determination falls within the ambit of the ‘administration’ of the Trust, it will have exclusive jurisdiction to determine that issue. The difficulty has been determining what matters would fall within the ambit of that phrase.

In Stingray it was held that the claim brought in respect to the validity of the Trust was not caught by the forum of administration clause (which provided: “The courts of the Cayman Islands shall be the forum for administration of this Trust”) (the Forum Clause). The Court found that where the very validity of the trust is in question the party challenging validity cannot be bound by the terms of it.

The Stingray decision has therefore given welcome clarification regarding the proper interpretation of forum for administration clauses, the Cayman Firewall provisions and the interplay between the Firewall and common law forum non conveniens principles

Removal of a Personal Representative

In two recent Cayman cases, the Cayman Court has examined the Cayman courts’ powers to order the removal of a personal representative of a Cayman estate – decisions which have filled a significant gap in local jurisprudence which will no doubt prove helpful for contentious trusts and estates practitioners in this area.

In Re S[5], an c estate involving numerous cross-border features including significant assets in other jurisdictions, foreign legal proceedings against the estate, and issues as to the testator’s domicile, and the scope of the beneficial class of the Estate, Ramsey Hale J, applying principles derived from English case law, exercised her power to remove the Executrix of the estate pursuant to Section 8 of the Cayman Islands Succession Act (Section 8) and appointed an independent, experienced professional trustee to administer the estate.

In a later judgment of the Grand Court, in Uzzell v Wong Sam[6]  the Court recognised that its jurisdiction to remove a personal representative was not limited to that conferred by Section 8. Having examined the limited scope of Section 8, which permits only removal for cause on the grounds of ‘neglect or misconduct‘ the Court found, by operation of Section 42 of the Succession Act, that Section 50 of the UK Administration of Justice Act 1985, (Section 50) forms part of Cayman Islands law. This means that the Cayman Court enjoys a much broader supervisory jurisdiction over the administration of estates. This includes discretion to remove and appoint personal executors without the need to prove wrong doing. The Court cited with approval dicta from the English case of Schumacher v Clarke et al [2019] EWHC 1031 (Ch) which held that the Section 50 Jurisdiction was ‘intended to be used in a flexible and practical way without the need for costly and time-consuming factual inquiries.’

This is a welcome development which ensures that, when justified in the circumstances, removal and replacement of a personal representative in the best interests of the estate and the beneficiaries can be swift and inexpensive.

It is clear from these recent cases that the Cayman courts will continue to act swiftly, pragmatically and decisively where circumstances require it, to ensure the proper, and cost-effective administration of Cayman Islands trusts and estates. 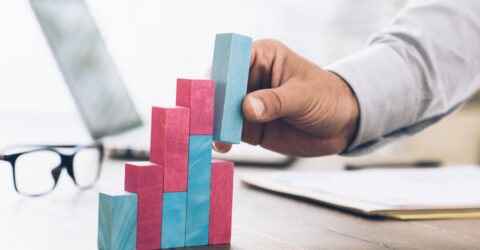 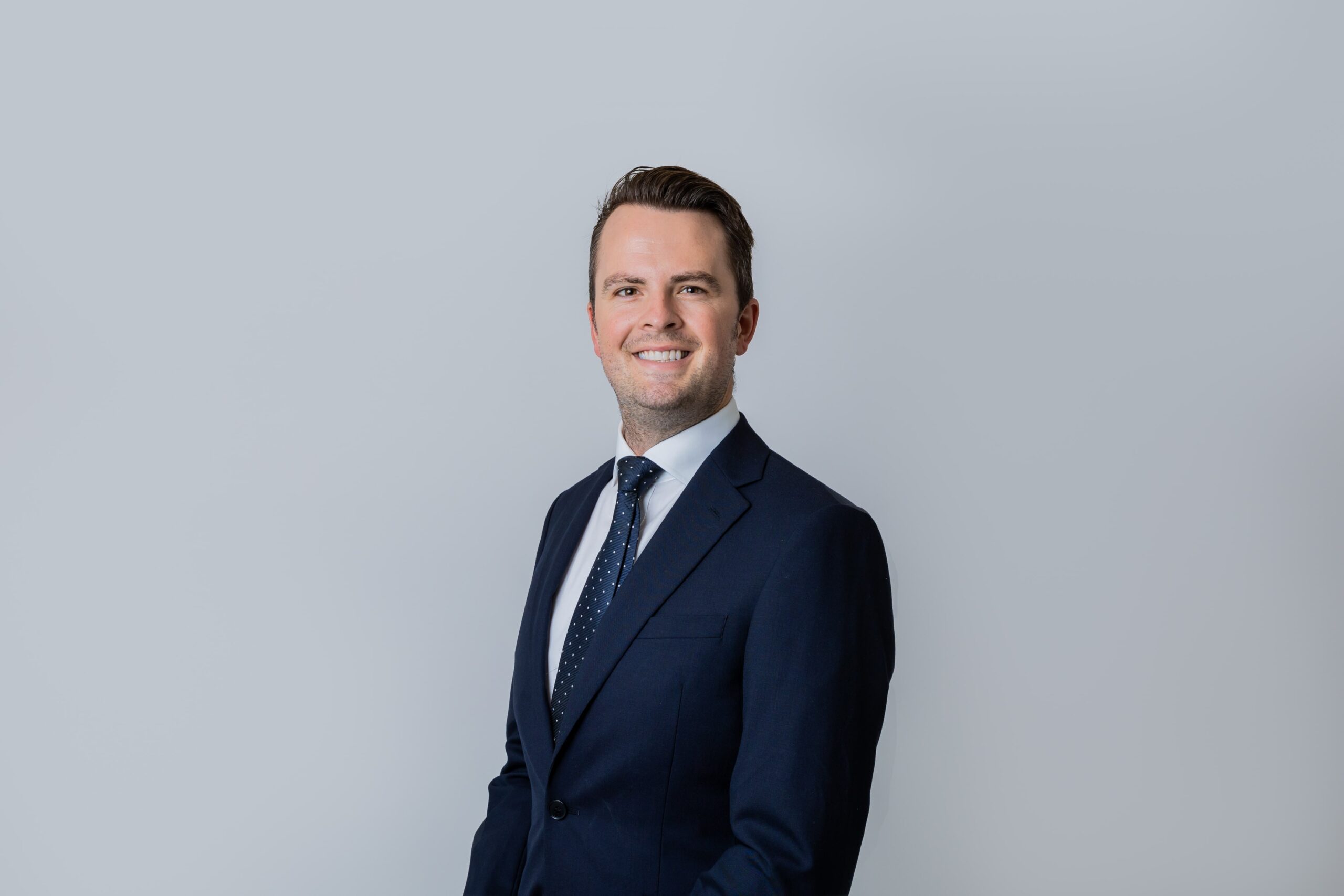 Substratum – what is it and do I need to worry about it? 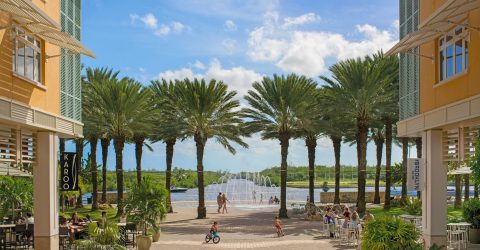 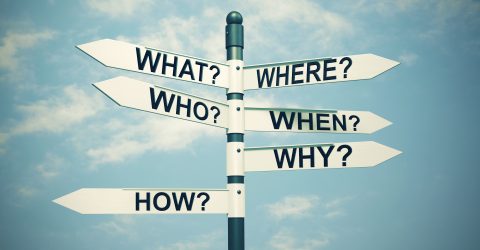